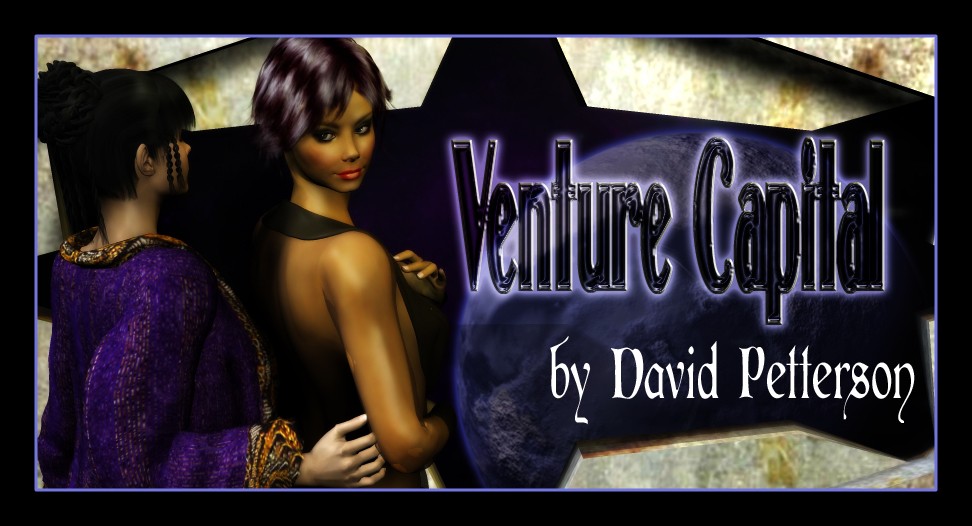 The planet on the other side of the porthole looked very blue, and very bright. The contrast against the surrounding black of space hurt her eyes.

The woman behind her said, “Make your home there where you wish.” Her voice was soft and ethereal. “You will never be far from our thoughts, and no farther from our touch than you desire.” She spoke Havani, the native language of Haven.

Loki Monolem turned from the porthole to face the older woman. In Haven years, she had just turned fourteen. But Haven years being a bit longer than Terran Standard, in this neighborhood she’d be about sixteen and a half. Her hair was dark, cut short and spiky. Her eyes were dark as well, her body thin but strong, the body of a dancer or an athlete. She was dressed in low-slung skin-tight leather pants and a black cropped shirt that hung loosely to the bottom of her breastbone.

She tried to think of something to say to Sela, but everything had already been said. The older woman gave a soft smile and took Loki into her arms, wrapping her in voluminous folds of the wispy gown she wore. “No need to speak,” Sela breathed. “I know your heart.”

How could she not? Loki asked herself, and couldn’t help but smile. She gave Sela a warm kiss. “Then say my goodbyes to Seal, too,” she said.

Sela’s eyes unfocused for a moment as she had quick contact with her twin brother, many parsecs away on Haven. Then she returned the smile. “He knows,” she answered. “Now go.”

Loki backed away, stood up straight, and gave her a flippant toss of her head. “See ya,” she said, in Anglo, then she scampered out the stateroom door.

It was a Haven passenger liner, the H.T.E. Swank. Carpeting in the hallways was plush velvet. The walls and bulkheads were appointed with wood inlays from a dozen worlds. The silverware in the messhall was actual silver. At least, it was this way in the first-class section. Loki had no clue what the other sections were like, for Loki’s uncle was Omm Monolem, the CEO of the Haven Trading Empire, and he had personally arranged her passage and accommodations on this flight.

Lounging just outside her stateroom door was her bodyguard, an Imperial enforcer whom Uncle Omm had insisted she bring along. He was a good head-and-a-half taller than Loki, and he was dressed in a black jumpsuit, which somehow looked more casual than a uniform should – probably because he’d left the top open to about his navel. He appeared to be napping, but Loki knew better. Haven enforcers had a knack for throwing others off their game.

“Thanks for being my shield, Dek,” she said.

“No sweat, it’s paid for,” he answered, opening one eye. He yawned, stretched, opened the other eye, and glanced around. “The retaal isn’t seeing you off?”

He was referring to Sela. “She doesn’t go out much.” Cards on the table, it wasn’t safe for Sela to be around people more than absolutely necessary. It had been dangerous for her to make this trip at all, and she probably wouldn’t have survived if Seal hadn’t stayed on Haven to anchor her.

Dek gave a shudder. “Just as well. Don’t tell anyone, but she creeps me out.”

Loki broke into a huge grin. The thought of a Haven enforcer being made uncomfortable by anyone – especially someone as soft and gentle as Sela – was nothing short of hilarious. She cocked her head to one side and answered, seductively, “That’s only ‘cause you don’t know her like I do.”

“You don’t have to see me off, either. In ten minutes, I’m gonna be on my own anyway.”

“My contract isn’t up ‘till you’re off this boat. I like all my body parts, ma’am. Shall we?” He gestured down the hall.

Loki paused, placing her palm on the stateroom door. Sela and Seal had been two of her closest tutors for the last few years. She knew she might never see them again. She drew a deep breath. “Time for my I.P.O.,” she said, turning.

They started down the hall. “Oh, yeah,” Dek said, pulling a message bud out of his belt. “Your uncle told me to give this to you on your way off the ship. Give it a hear, and tell me if you got an answer to go back.”

Loki raised her eyebrows. Uncle Omm had apparently recorded a going-away message for her. She accepted the tiny device from Dek, and placed it into her ear. It warmed for an instant as it verified her DNA, and then the replay started.

My dear Loki, said a voice in her ear. Uncle Omm used the formal pronunciation of her name, the private one, the one no non-Haven was ever supposed to hear. My lovely Loki, my most precious asset. You know how proud I am of you. You know the value of the futures I see in you. I know your profits will set new heights. I know you’ll be priceless capital to the Monolems and to all Haven. I have no doubt in the value of your bottom line.

She smiled to herself, and wondered if the randy old goat intended that as a double entendre’. Havens did not share all the incest taboos of some other races.

These are strange customers you’ll be living among, Uncle Omm went on, and there’s a lot we still don’t understand about them. Their view of profit is both confusing and confused. Your market research on them will be invaluable. Learn them, live them, buy and sell from them – but don’t forget your true loyalties. You’re a Haven and a Monolem. Home is where your assets are. Always remember that.

I trust you, dear Loki, so you’ll be on your own, but don’t hesitate to call for help. There isn’t a Haven in the galaxy who would ignore a request from a Monolem. I may assign some task to you from time to time, some special project which you’ll be in a better position to do than anyone else. But other than that, I won’t micro-manage. File reports when you have something to say; I’m fine with executive summaries at whatever frequency you provide.

Omm’s voice paused. Loki glanced around as they walked. They were getting close to the transporter station. Oh, there are a few people I’d like you to look up. He gave a half-dozen names, and the cities where they lived. They’re all major customers or suppliers. Try to get close to them, to help insure fair dealings – and to help us understand these odd people we deal with.

That’s about it. Have fun. Make lots of profit. Be wealthy.

Dek looked down at her as Loki took the message bud out of her ear. “Anything to say back?” he asked.

Loki shook her head. The door to the transporter station hissed open in front of them. “Just tell Uncle I said you deserve a fat tip.”

“If I said that, he’d think we’d been screwing.”

Dek laughed. “I will never be on the far side of a negotiating table from you, ma’am.”

“Better not.” She was pleased to see her luggage was already waiting for her on the transporter disks. There was no one else in the chamber; Dek wasn’t even going to trust an engineer to beam her planetside. He took his job seriously.

Loki grabbed Dek’s face in her hands, pulled his head down, and gave him a big, sloppy kiss. Then she turned and danced lightly to an empty transporter pad.

Dek stepped behind the control console. “Where to?” he asked.

Loki mentally rifled through the list of names and cities Uncle Omm had given her. “Public transport hub in Rio de Janeiro,” she answered. “I’ll find my way from there.”

“Rio it is. Turn a profit, Miss Monolem.”

He deftly worked some coordinates, and the transporter started its characteristic whine. Loki took a deep breath. When she exhaled, she was on Earth. 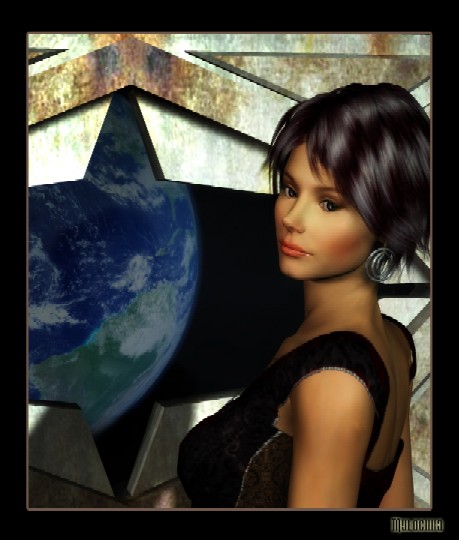