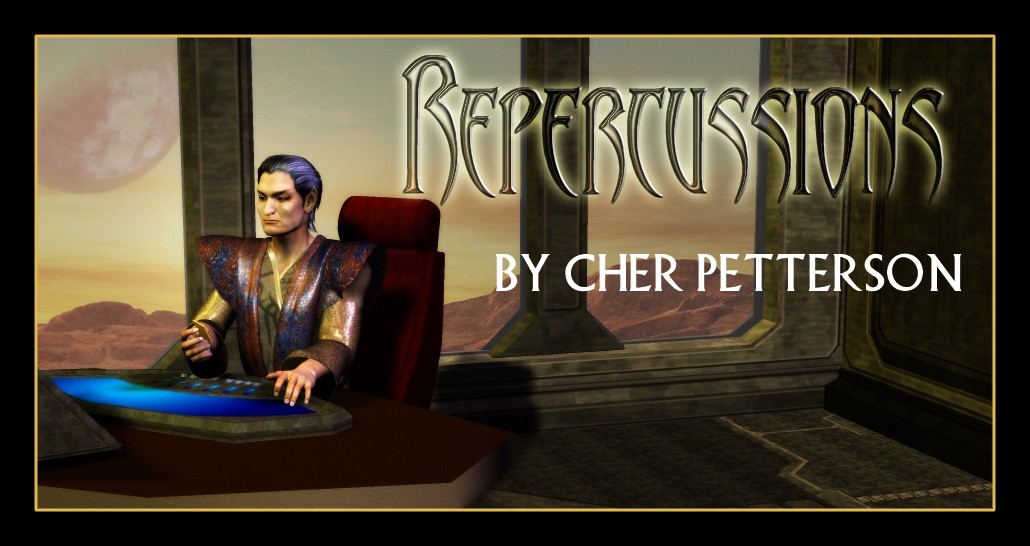 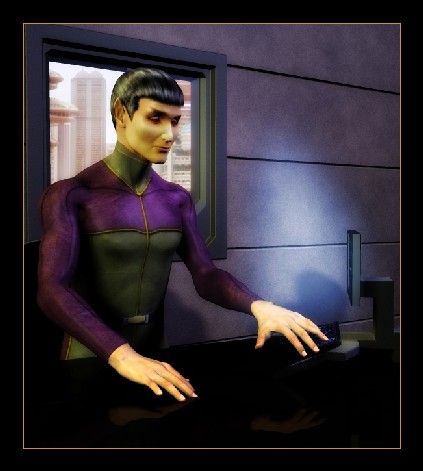 Seann was well aware of military procedure, especially where the Surgeon General’s office was concerned. It took no less than eight standard months, and sometimes as long as eighteen months for any medical report made to that office to become public record. As a medical researcher, Seann watched for the publication of Starfleet’s materials. In its explorative capacity, the Fleet was a wealth of new techniques and therapies – even with the long delays inherent in a military system.

So it was that he came across the medical data contained in the logs of one Dr. Leonard McCoy, CMO of the U.S.S. Enterprise; medical data concerning the hormonal cycle and treatment of a particular subject, identified only as ‘the Indiian widow of a Vulcan geneticist.’ The attempt to preserve her privacy was laudable, but completely pointless. There was only one ‘Indiian widow of a Vulcan geneticist’ – Jilla farrei Selar Seliklrn Vtkrghdantm.

Seann was at first shocked and dismayed, then disbelieving. The thing that the Human doctor claimed was not possible. As he studied the research it became very clear that it was, indeed, all too possible. Embarrassment came then, that Vulcan’s shame should be displayed and dissected in such a fashion. Finally, curiosity overcame all else. Did the original work in this field still exist? If, after all, the Time could be diffused in this manner in pure Vulcans….

Seann gathered up his data tapes and began the journey to the home of Clan Vtkrghdantm. 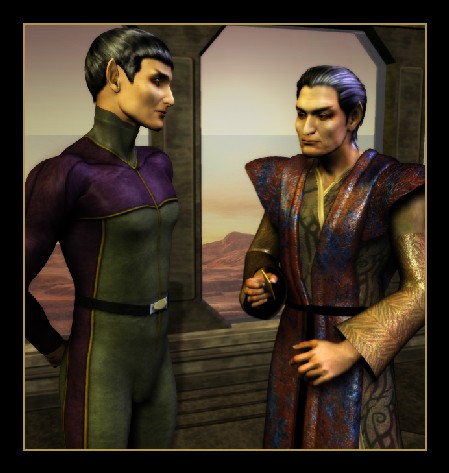 The Lady of the House led him to her husband’s study.

“Selik,” she said, “this is Seann from the Science Academy. He wishes to discuss our son’s work.”

Selik rose from his chair as Lady T’Pon exited. “Live long and prosper, Seann,” he said.

“Peace to you and on your house,” Seann returned. Selik indicated that the younger male take a seat, and resumed his own. “What can I tell you that is not in the Academy’s records?” Selik asked.

“My interest is in your son’s personal research,” Seann responded.

Selik’s eyebrow rose. “Personal research? I was not aware…”

The older Vulcan seemed to stiffen. “That was properly terminated, an offworld marriage that cannot be…”

“It would seem,” Seann interrupted, “that Vulcan acted hastily in that matter.” He held out a cassette. Selik glanced at it. “There is ample evidence here that Selar’s Indiian wife is far more Vulcan that is explainable by cultural infusion. And your son was a geneticist.”

Selik took the cassette, inserting it into the viewer beside his chair. After a few moments, he switched it off and regarded Seann impassively. “I must review this,” he said, “and if it is warranted, examine my son’s possessions for any explanatory data.”

“I will contact you within three days, Seann. Peace and long life.”

Seann accepted the dismissal. Selik’s son must have kept records and he could wait. 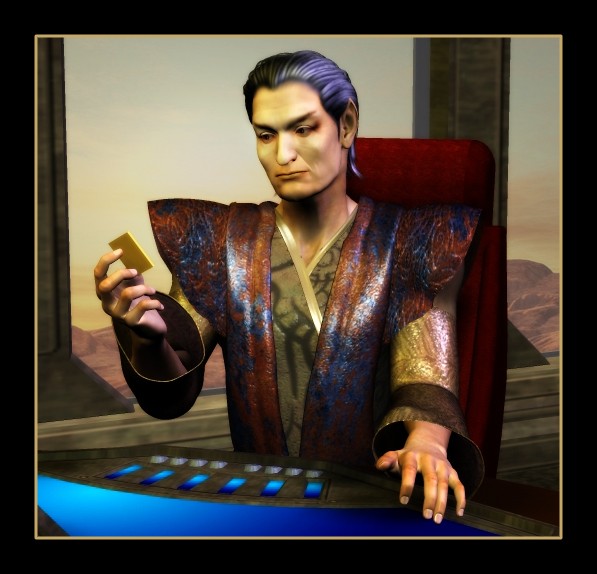 The House was dark. Selik sat before his computer terminal. Several data tapes lay on the table next to it. It had been a simple matter to search through Selar’s effects. The tapes were even labeled ‘personal research,’ and since Selik himself was, with Selar’s death, rightful owner of all his son’s possessions, he had no qualms about reviewing them. What they revealed was stunning. Genetic alteration performed on his Indiian wife for personal reasons. Selik had not been able to comprehend it. The ideas behind such research were understandable; indeed, if one agreed with Selar’s assessment of Vulcan’s destiny, the work was even laudable. But to actually utilize such theories and techniques, with no proper testing, no controlled studies, and for personal gain…

My son, what have you done?

If you are correct, Vulcan needs this information. Even if you are not, is not the knowledge important, more so with the Human doctor’s extrapolations? Who has the right to censure it?

Who, indeed? You were my son. The data, by all rights, belongs to me. Must I reveal the inexplicable actions which gathered it? How can I expose your memory and our Clan to the inevitable and deserved denunciation of our people once your methods are examined? And will not that condemnation eradicate whatever inherent value it contains regardless?

Yet how can I justify the destruction of another’s work, my property though it be? Have I even the right to deny it to other researchers?

Selik remained alone for many hours and when dawn came, he was still seated before the computer. He had made his decision. The Human doctor’s notes contained enough clues that the work could be reconstructed. Though it was likely that anyone else coming across the research would, like Seann, immediately know whose work was being discussed, if there were no records, the Clan could not be held accountable; the family honor would remain intact.

Let them guess. Without proof, this need not haunt us.

My son, forgive me.

Carefully Selik erased the data tapes, and destroyed their casings. He erased all the files from the computer, then erased the traces those files would leave and any reference to them in other files. He reformatted all the proper drives and checked every backup device and storage unit connected to them. Then he rose from his chair. He still had two days before he had to contact Seann and report that he had none of Selar’s additional notes.