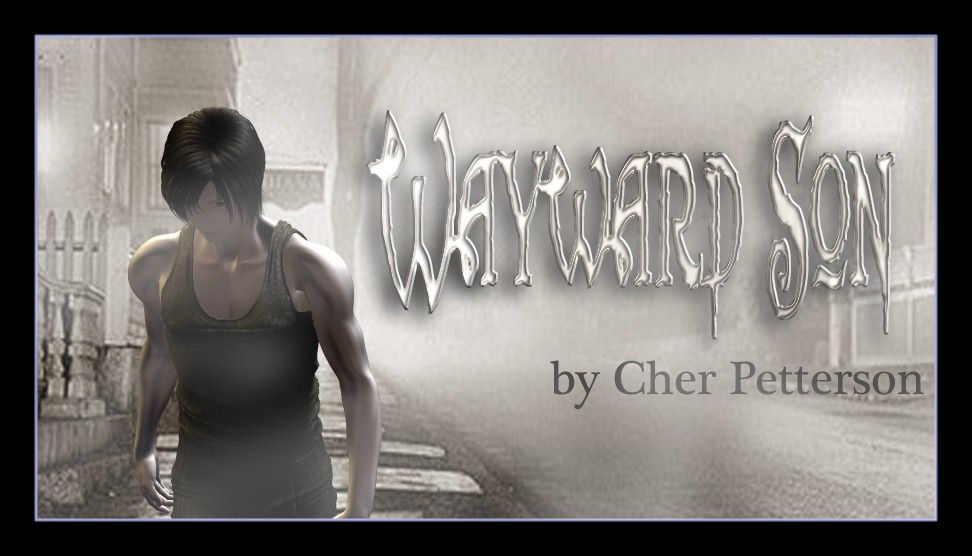 The noise was unbearable. He ached for the sweet quiet lullabies, the strong protection, the brave defense that would never again be his.

His mother had died sometime in the night.

His father was putting on a grand show of grief, but he knew the bastard felt more relief than sorrow. It was his indiscretions that had broken his wifeĺs heart and had drained her of her will to live. No one else knew that. The official coronerĺs report simply said sheĺd died of coronary distress.

But Noel Christopher DelMonde knew better. Heĺd felt her sorrow, building up through the years, each betrayal another knife in her heart. No empathy could live with that kind of deception, though she had tried for all the years of her marriage. And it was, he also knew, mostly for his sake. There were couples who stayed together Ĺfor the sake of the children,ĺ but in his motherĺs case, it was a literal truth. She had known only her love and protection had kept her demon-child alive. If not for her, his father would have put him in some institution years ago.

It was Louisa DelMonde who had taught the wild child to control his rages; she who had given him the only surcease from the constant din that always surrounded him and never made any sense. She had patiently taught him to read and write when the school system in Louisiana had thrown up its hands in dismay. She had sent him to her brotherĺs boat, allowing him to find the peculiar quiet that could be had when surrounded only by the simple minds of the shrimp his uncle trapped for a living.

And now, it was all gone.

He watched his father making arrangements for the funeral, hatred growing in his mind as the bastardĺs thoughts kept drifting to the woman heĺd been dallying with while his wife lay dying alone in her marital bed. Del had been out of the house, out with his older cousins, getting drunk on whisky stolen from the still one of their fathers had set up in the backwater. Heĺd felt the heart attack when it had begun, and had raced home, too late to do his mother any good. Heĺd stayed with her, holding her, howling his grief to the universe until his throat was raw and he had to get to the bathroom to vomit up all heĺd drunk. His father had come in just before dawn. His first ľ and only ľ words to his son had been,

Del had attacked him, screaming obscenities, but his twelve-year old body was no match for the strength of an adult. Heĺd been put down hard, but heĺd managed to spit out all the accusations that had burned in his brain, years of accumulated truth that had seared his motherĺs soul. He ranted until his fatherĺs dark eyes and darker thoughts had stared him into silence. Heĺd crouched in the corner of the bedroom as his father called the police and the mortuary.

Then came the show, the pretense. Most of the sympathy of the people that soon swarmed the house was for poor Dominic; the only thoughts spared for his child were along the lines of ôwhat you gonna do witĺ thĺ boy?ö There was praise for his mother, of course, but it was always tempered with the idea that caring for her Ĺdemon childĺ must have finally taken its toll.

At last, it was too much for Del to bear. He simply walked out of the house. No one tried to stop him, but he could feel their eyes following him, catch the bits of thoughts from their minds. They overlapped and ebbed and flowed, the cacophony gaining strength within him. He walked all the way through Jean Lafitte Park to the Bardeaux Bayou. The sun was setting, the gators starting to rouse from the dayĺs heat, and though he was terrified of the reptiles, he didnĺt care. He crouched at the edge of the dark water, his rage and grief thundering in his heart. He wanted it to end. Without his belle mere there was nothing to live for; not the machinery he could fix, not the music he could coax from his battered old guitar, not the poetry that sometimes flowed from his mind like cleansing water. There was only the noise and the pressure and the anguish that felt like it would rip his heart from his chest.

Wait foĺ me, Mere, he thought suddenly. We walk thĺ road to Judgment together, non?

He searched until he found a piece of rock that hadnĺt been dulled by the slow erosion of the water, and drove it into his wrist.

The sound of a water thrashing, a heavy Ĺthudĺ.

ôCome on, pick him up, we gotta get him to a doctor.ö

ôSay that again, Cole, anĺ I beat your ass bloody when we get us home!ö

Del woke up in a clean hospital room. His forearm was bandaged, the throbbing dulled by the painkiller he could sense coursing in his blood. His uncle and cousin were outside his room; he could hear their thoughts, sense what they were feeling. There was disease and misery all around him, and it nearly made him vomit.

He mustĺve made some choking sound, because his uncle was coming through the door, a frown on his weather-worn features.

The man leaned close to him. ôWe keep that our liĺl secret, son,ö he said. ôNo one need to suspect you done this to yourself.ö

ôI only do it again,ö the twelve-year-old said with adult gravity.

Dimly Del recalled that heĺd woken up briefly in his uncleĺs old land truck on the way to the hospital, and that heĺd cried out all the fury at his fatherĺs infidelities.

And that his uncle and cousin had been oddly silent ľ except for their thoughts, which had known about it all along.

Del rose from the hospital bed and pulled on his tattered jeans, then shucked off the backless gown and pulled the ripped t-shirt over his head.

Anĺ to you too, he thought at him, and grinned wider at his cousinĺs startled expression.