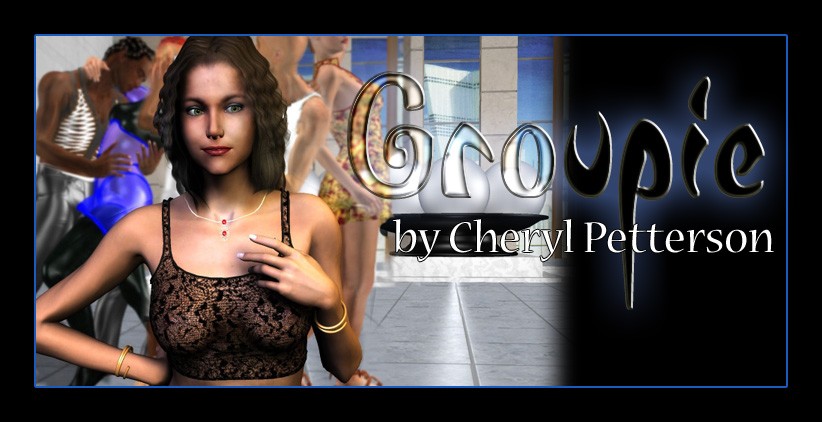 Sulu looked up from his wasted and very well sated position, reclining on a large pillow in Cal's penthouse, at the bright yet somehow sultry voice. 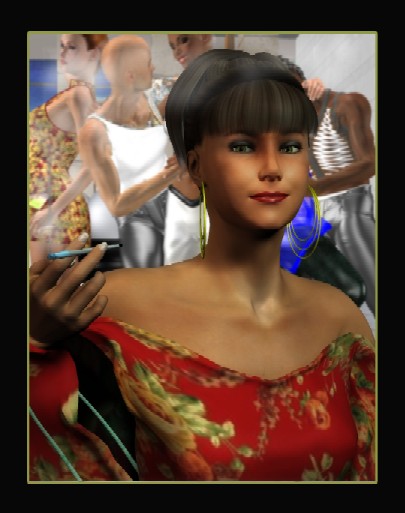 "Hey, Daf," he returned, then smiled languidly. "Thanks." She bent down to him and he accepted the rewarding kiss that was his due. He had just completed another Crown Race - victoriously, of course - and had spent the rest of a very long, pleasant evening receiving the perks, kudos, and hedonistic acknowledgements of that fact. He returned the oral embrace, then pulled Groupie Daffy down to rest beside him, his arm around her shoulders.

"So you're still hot shit," she said companionably, reaching for the pipe he was smoking. He obligingly passed it over to her.

"Looks that way," he agreed, and laughed when she stuck her tongue out at him.

"It might help if you didn't make it look so easy," she commented, after taking in a lungful of the Rigellian.

"Help what?" he countered. "The easier I make it look, the more minor leaguers try to top me." he grinned. "And the more Crown Races I win and the more... " He paused, running a casually sensual finger down her arm. "... congratulations I get to enjoy."

"Anybody ever tell you you've got a sadistic streak?" she said. "No wait, that would be everybody." She deliberately blew the fragrant smoke in his face. "And from what I hear, top is more your position."

Sulu shrugged amiably. "I am what I am," he replied.

She glanced critically at him. "What you are, your Majesty, is cruising."

He laughed. "That, too." He watched as she took another hit from the pipe, then leaned over, kissing her to share the taste with her. Their tongues mingled with the smoke and Sulu let the amber in his system make the exploration long and lingering and luxurious. When their lips finally parted, the smoke wisped out between them.

"Nobody exaggerates, that's for damn sure," Daffy murmured.

"I was hoping you'd think that," Sulu murmured in return, his lips still touching hers as he spoke. He could feel her shiver next to him.

"Still, I'm only here to give props, Kam," she told him, without moving away from him.

"And just why would that be?" he wondered, his hands moving teasingly around the top of her off-the-shoulder blouse.

"Nobody exaggerates," she answered breathily, then pulled away with a brittle smile.

Sulu's hand went to the back of her neck, firm but non-threatening. "We could have a lot of fun, Daffy," he whispered.

She shook her head. "Not my style."

He made an exasperated face, letting go of her flesh. "You deserve better than him, you know," he said.

Her eyebrows rose. "Like you for example, oh great Royal Majesty?" she scoffed.

He laughed again. "I didn't mean a better racer," he rejoined. "I meant someone who'd treat you better."

"And that's you." She was plainly skeptical.

"So they say," she returned, taking another hit off the pipe she still held.

She handed him back the pipe and got to her feet. "I say goodbye."

He reached up, grasping her hand. "Daffy, wait."

"Look, Kam, I'm not into being filleted and thanking you for it," she stated.

"With you cruising like some guided missile system? I don't think so."

"Come on, sit back down," Sulu pleaded. "Talk to me. Be with me. I won't do anything you don't want me to, I swear it." He looked into her eyes. "Come on, Daffy. With all the false affection and sycophants today, I could use a dose of reality."

She studied him. He smiled at her, as charmingly as he knew how. He saw the hesitation form within her and said, "please?"

Her lips twisted, then she sighed and plopped back down beside him. "But if you try any funny stuff, bubee, I call Cal."

It was his turn to shiver, but he only said, "Deal and done," then again held out the pipe to her.

They had fallen against one another, laughing and giggling near-hysterically. What exactly was so funny, neither one of them could have said. They had smoked a good four pipefuls of Rigellian, the physical contact between them growing both more casually sensual and less coherent as the hours wore on. Sulu had accepted a half-dozen other congratulatory kisses and caresses, with Daffy providing color commentary after each encounter, to which Sulu added the occasional correction or detail - which only made Daffy's next commentary that much more accurate, and that much more hilarious.

When he was able to catch his breath, Sulu hugged her and said, "I never knew I could have this much fun without any sex."

She smiled brightly at him. "So the lowly Groupie still can teach the King a thing or two?"

"The King is humbled in your presence," he returned, and tried to stand up and bow, succeeding only in toppling over her. She let out an oof! and pushed him off of her, then started snickering again. Which restarted Sulu's laughter, but he didn't try to move from his sprawled position. "Barak doesn't know what he's missing," he managed.

Daffy artfully fluffed her hair with her hand. "Don't I know it, bubee," she agreed.

"Hey," he said, lowering his voice to a conspiratorial whisper. "Should we let him think we made mad, passionate, kinky love?"

"We never left the living room, Kam," Daffy pointed out.

"I've been known to manage quite well without ever leaving the living room," he confided with a wicked leer.

"Mad passionate kinky sex in public?" she said, then paused. "He'll plotz," she announced confidently. "Let's do it."

"Really?" Sulu reached for her and she immediately backed away. "No, I meant let's tell him," he clarified quickly.

Daffy gazed dubiously at him, then cocked her head to one side. "All right," she said. "You're too stoned anyway."

"Baby, I'm never too stoned," Sulu assured her and winked. "But a deal is a deal." He crawled back to her side and righted himself, then leaned over her and gave her a deep, carefully friendly but nonetheless thoroughly devastating kiss. He heard her sigh.

"Why can't I be just a little masochistic?" she muttered, and he smiled to himself.